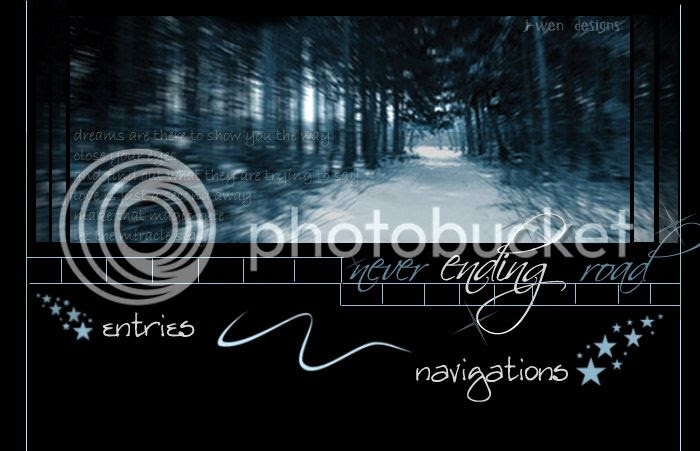 Monday, February 22, 2010
~ 2/22/2010 09:28:00 PM ~
Oh my.. Last Friday was uber fun to the max.
Went to eat wanton mee first at cuppage with wen, bohr and ahdi. Then we went to toad at dome. Bao came along shortly and we went to eat Prata at botanic garden nearby there. After that we were deciding where to go nxt, and bao decided to drop bohr off at some random bus stop. LOL! ulop tried calling in 987fm after getting inspired by a kanye west song on radio.
We talked and talked and ended up deciding on gg to Old changi hospital. And on the way there, ulop somehow got through to 987! alas, gold digger couldnt be dedicated. But it was still a nice experience though, hearing ulop on air once again after like 6 years! hahahaha.
We had fun looking at trannys, stalking one of them, talking to Sandy ( lol!!). Nxt time, when we have the full team.. we gonna make sure bao goes INTO OCH! YEAH!
all in all. It was fun.

oyeah omfg man. I just finished 2.10 of my driving in the morning earlier. i thought 2.11 was gonna be finished 2ml. BUT WTF MAN KNN! I CHANGED THE SLOT FROM 2ML TO TODAY. AND I DIDNT RECORD IT ON MY HP CALENDER. WTFFFFFFFFFFFFFFFFFFFFFFFFFF.
if i cant manage to book a slot 2ml or thu afternoon after my ftt.. i wont be able to book my practical asap if i manage to pass my ftt. haiz.
lol seems like someone up there is playing a prank on me. -_-

Finally, i got accepted by a university. Well, if i get rejected by the other unis, im gonna be a huskie! lol. I guess only Boston U and Villanova could make me consider rejecting NEU.

how time flies.. its almost march. In less than 6 months time, i'll most probably be in Boston, either as a BU or NEU student. Though Villanova is an alternative if i do get accepted.
Well... just hope i'll be able to stay disciplined and do what i should be doing on a daily/ weekly basis.
Sunday, February 07, 2010
~ 2/07/2010 11:18:00 PM ~
things to do
1) Get Fringe S2 from wen, and return him his Hard drive
2) Get Matthew Reilly books from Bug & Ahdi
3) Contact BU regarding financial documents, Northeastern abt O lvl results, Richmond about details entered wrongly
4) Decide if i should get a new phone (iphone/ blackberry?) cause if i go to US then i prob will sign plan there and get a phone?
5) more to come

5 driving lessons now liao. Getting more and more fun. Really gotta make sure i pass FTT which is in 3 weeks time.
Have been going to work at dads office. Has been rather interesting as its not stressful and thankfully, dad didnt like shove a pile of work in my face lol. Have been reading emails which the employees have been sending out to customers & stuff. So i have a much better idea of what the company is really dealing with now. Have been gg out with him to see a couple of houses too and getting advice from him. all in all, a rather good week. But i really gotta make full use of my time alr. And i just realise that in about 6 months time, i'll prob in US and living my uni life liao. So im gonna make sure my weekends are either spent with friends or family from now on. At least im gonna try haha.

On a side note, i had a damn weird experience with a female this week. The guys should know what im talking about. lol.
Tuesday, February 02, 2010
~ 2/02/2010 11:59:00 AM ~
YES! i have finally finished my uni applications. no more stupid essays, no more late nights downstairs staring at the laptop while getting shocked frequently by bobs sudden loud barks.

driving has been getting more fun. just hope to pass the ftt and faster book practical test. and of course pass them both.

gonna start work 2ml. less spare time, but i guess that means i'll finally be gaining some knowledge of what my dad does. as in a better idea.
well im sure 2ml cant be as boring as today was.
wasted the whole damn day at home doing nth much, exercising, swimming, eating, watching fringe, supernatural. 0_0 pfffft im more annoyed than pissed. But somehow i had the weird feeling it would occur. well, whatever aha.

lol i cant help be feel so damn freaking excited. the villanova essay which i gotta submit in abt 33 hours time is almost done.
prolly gg to bbdc later on sunday with mao. Gonna renew the stupid pdl, book my fft and also change to manual. Still pondering whether i should switch to school not. really not sure which 1 would be better for me. Better ask the guys before i make the decision bah.

Now im starting to think abit abt what im gonna do with my spare time after ord.
Hmm, think prolly gonna be gg to dads office on a rather frequent basis. Hes gonna prolly be bringing me along to see houses and shit too. bah.
Gonna try to gym at least 4-5 times a week.
Try to go for driving practical almost daily if possible.
Gotta read up more on those business magazines and stuff too.
oya, before all that, i gotta make the most of the time left before wen runs back to australia. lol ulop u'll be the boss for the remaining days u stay in sg.
Hope hope hope that i can get my lisence asap. late march possible? haha i hope so man.
back to editing the essay then.
Tuesday, January 05, 2010
~ 1/05/2010 03:24:00 AM ~
ahhhhhhhhhhhh why keep giving me signal one.. -___-
sneaky sneaky
cheeky cheeky?
i'll wait till my app is done before i decide if i should make a move lol.
but by then sch start liao leh.

ahhhh after the essays i gotta email the pple at the various schools liao. what to type???
after common app essay left villanova one. abt 2 nights time to do. and the richmond one. just realised the supp can submit on feb 15. but bah, dont wanna drag alr.
rmbr i said no more procrastinating? =D

2010
2009 was probably not a good year for me, just like it wasnt for loads of pple.
bohr seemed angry at 2009 in his last blog post. i'll interrogate u about it when ur back from cheena. lollll no youtube no facebook no blogger for u ahahahaha.a

first thing i hope i can change in 2010- stop procrastinating. lol i've prolly said this like countless times in 2009 alr. but yeah, i feel different this time round aha. i can do it! =D

Let me finish up all my uni apps first. hopefuly by 11-12th jan, i 'll finish the last richmond essay.

went to zouk with the guys on 30th? haha. just couldnt resist la bloody hell. fun as hell, lets go again when ulops back from africa. ord-ing soon tooo. my goodness, time seriously passes in the blink of an eye eh.
i'll try to blog more often. lol. i promise =D
Tuesday, December 22, 2009
~ 12/22/2009 11:27:00 AM ~
Lets clear the major obstacle first before i decide to hurdle over the smaller ones.
Ahhhhh i better START on my essay... yes i havnt even written a single word. omg i should stop screwing myself up
about me